Back to Diversity, Equity, and Inclusion Resources

Learn About Black Nurses Through History

A Statement from Melody Eaton, Director & Professor - School of Nursing:

The School of Nursing engages in a culture of collaboration and respect. Our culture linked directly to diversity, equity and inclusion is moving from one of awareness to action. We commit to engage with communities, locally and globally, through inclusive, dynamic, and innovative nursing education, practice and scholarship to create health equity. The School of Nursing pledges to respond against discrimination, violence, and racism with advocacy and collective action.

The JMU School of Nursing celebrates the significant achievements of Black Nurses throughout our history. 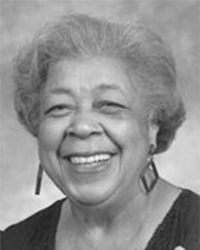 Dean of the Florida A&M University School of Nursing

President of the Florida State Association of Colored Graduate Nurses

President of the American Academy of Nursing 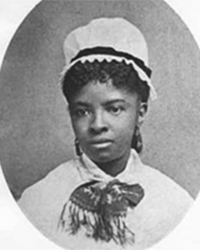 Changed the course of American nursing forever when she became the first professionally trained African-American nurse in 1879.

In 1896, Mahoney joined the newly formed and primarily white Nurses Associated Alumnae of the United States and Canada, later known as the American Nurses Association (ANA).

Because of their slowness in accepting black members, she helped form the National Association of Colored Graduate Nurses (NACGN) and spoke at their first convention in 1909.

Mary Eliza Mahoney valued Black nurse representation and successfully demolished all barriers in relation to preventing Black nurses from serving their country in times of war or other disaster.

Nurse.Org.(n.d.), 12 leaders in nursing and medicine to honor this black history month. Retrieved February 19, 2021, from https://nurse.org/articles/black-history-month-nursing-leaders/ 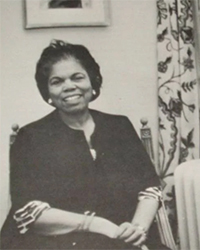 Osborn was the first Black nurse in the United States to earn a master’s degree. She attended Columbia University.

She was president of the National Association of Colored Graduate Nurses. During her time as president she increased membership and strengthened relationships with the ANA, National League for Nursing, and National Organization for Public Health Nursing.

She was awarded the Mary Mahoney Award for her efforts in moving Black nurses into the mainstream of professional nursing.

She worked to provide quality healthcare for Black Americans.

Osborn influenced the US Navy to lift its color ban in 1945.

She was a member of the National Urban League.

Osborn was the first vice president of the National Council of Negro Women. 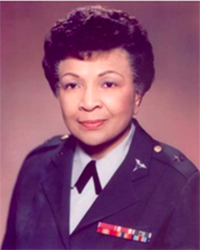 The first African American appointed as Chief of the Army Nurse Corps, Johnson commanded 7,000 male and female nurses in the Army National Guard and Army Reserves. 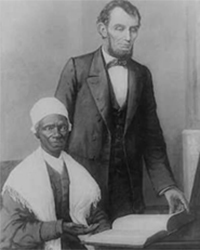 Most commonly known for her abolition work, Sojourner Truth served as a nurse to the Dumont family while she was enslaved.

When she became free from slavery, she worked for the National Freedman’s Relief Association in Washington DC. In this position, she spoke before Congress while advocating for nursing education and formal training programs.

Additionally, her civil war work led to an invitation to meet President Abraham Lincoln in 1864. 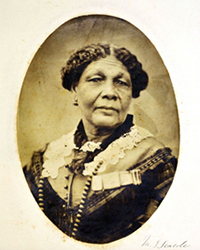 Mary Grant Seacole is a British Jamaican Black woman, a contemporary of Florence Nightingale who contributed to the nursing care and comfort of British soldiers during the Crimean War

Known as ‘Mother Seacole’ to the British troops, Mary Grant Seacole offered medical help even when her help was rejected by many officials.

Mary Grant Seacole had such a huge impact on the British Army that William Howard Russel, a London Times special correspondent in Crimea, described her as ‘...a warm and successful physician, who doctors and cures all manner of men with extraordinary success. She is always in attendance near the battle field to aid the wounded, and has earned many a poor fellow’s blessing’.

Mary Grant Seacole has been re-discovered as the first nurse of color to have achieved distinction.